Conference calls are a necessary evil. Like the dentist. Many conference-call participants and organizers make it even worse than it has to be. Here are the Top Ten Conference Call Crimes.

How many are you committing on a regular basis?

The long pause to hit un-mute. The stuttering, “Wait? What was that?”

We all have email to answer (or online shopping to do). But, you’re not fooling anyone when you say, “I didn’t completely understand the question. Can you rephrase?”

“The question was are you available Friday? I’m not sure how else to put it.” 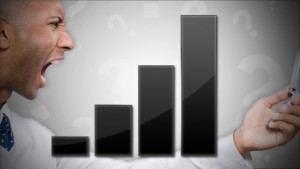 It may be a hipster badge of honor to ditch the wire line and go commando-mobile. Here’s the thing: You sound like you’re on a CB radio.

Maybe it’s the headset. Maybe it’s AT&T. If your job involves communication, get a device on which you can communicate.

The scene: A bunch of people huddle around a conference-room speakerphone. At the same time, in distant office locations, people are dialing in.

“What? What?” one of the remote-dialers says, “Can Jane move closer to the mic?”

Jane moves closer. She speaks. She is heard. Roger speaks.

“What? What? Can Roger move closer to the mic?”

Here’s your choice: (A) Everyone dials in from individual phones, OR (B) Invest in some high-quality acoustics. That means expensive speaker phones and mics throughout the room.

If you’re alone in a room using speakerphone, imposing echoes and reverberation on a whole group of people listening, then you’re just an ass. 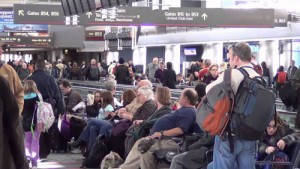 You can’t join the call from the Delta terminal at JFK. (Unless you’re listen-only and do not have to participate.) Be honest and say you can’t join, or schedule a different time for the call.

5.  Putting the call on hold to take another call; The rest hear hold music. 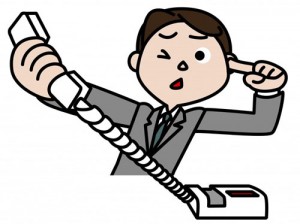 There is a special circle of hell reserved for people who do this.

Marsha is in the middle of a deep-dive explanation and suddenly Michael Bolton music pours into the lines, drowning out poor Marsha.

The organizer struggles with the mute instructions. Is it pound-six or star six? Roger shouts over Michael Bolton that it’s star-six. Now everyone is on mute and all must unmute themselves individually.

When the call is brought to order five minutes later, Marsha can’t remember what she was saying.

It’s like having an IQ test sprung on you with no warning. Who can read this? 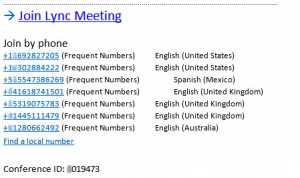 Organizers, please pay attention here: Use spaces in between the numbers. And pick a larger font. 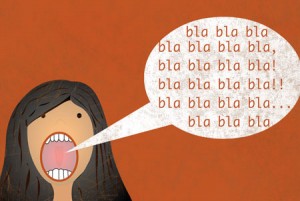 The average human being can only digest about a paragraph of information at a time. That’s five sentences. After the five sentences, you sound like the teacher from Charlie Brown. Woh-woh-woh.

One paragraph, then stop. Let people respond. Now you can go on. One more paragraph.

I know you have seventeen critical points to make. You get to make one at a time.

Tip #1: This rule also holds in conversations with your life partner.

Tip #2: There are some legitimate circumstances where someone, usually the organizer, needs to frame up the call with multiple paragraphs of information. Warn the crowd. Say, “I need to get some information on the table so we can discuss it.” 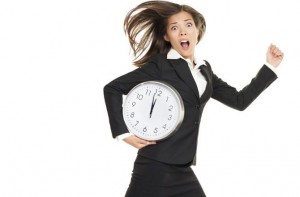 A dozen people are dialed in. The organizer has not launched the call. Everyone answers email for seven and a half minutes.

Similar to #1, you’re not fooling anyone. People who are late to one call are late to every call. They arrive breathless with today’s excuse as to what emergency delayed them.

When on-time people are late, everyone on the call will sound worried. Something must be really wrong.

When you are chronically late and you are in a leadership position, you lose credibility. There are people far busier than you and far more important than you who make it on time. 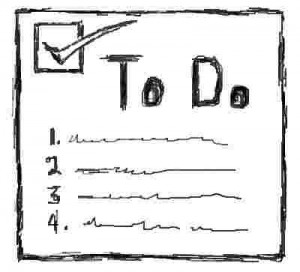 It’s everyone’s job to take notes. Hard as that is to hear, it will keep you from committing crime #1, multitasking and not listening.

Someone should be tasked with distributing out notes to the group with follow-up steps. If no one does this, then everyone just flushed an hour of their time down the john.

If the call is using a web link to share screens, you’ll have to download a plugin to get it to work. Not knowing how to do this was forgivable five years ago.

On the flipside, if the organizer is using some fringe freeware conference call software, they should warn everyone joining the call about it. It’s not the standard GoToMeeting, Webex, Adobe, Lync plugin they already have. They’ll need to download FringeFreewarePlugin ahead of time.